Victorian Tea – View into the Kitchen

Our church has a Ladies Victorian Tea every spring and for the last two years I’ve gotten to work in the kitchen for the event. It makes me feel like a member of an elite team. I’ve dubbed it the dream team because these ladies are so good that it’s a dream to work with them. Sandy moves so fast, she couldn’t even freeze for a photo. 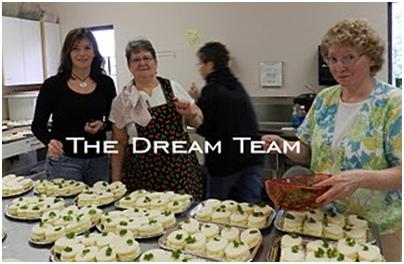 Susie and Sandy are the ones who do all the planning and they are geniuses when it comes to large scale production with pretty presentation. Sandy handles most of the sweet treats and Susie is the sandwich and salad queen. Diane and I do what we’re told, as efficiently as possible. A lot has to happen at the end of two days of hard core prep work.

There were 160 ladies this year seated at twenty tables, so everything had to be done 160 times and divided into groups of eight to be placed on trays for the twenty servers. To complicate things further, some things need to stay cold until the very end and the kitchen barely holds 20 trays set out at once, let alone the one’s were trying to load for the next course. Garnishing has to be done at lightening speed! It’s fun. 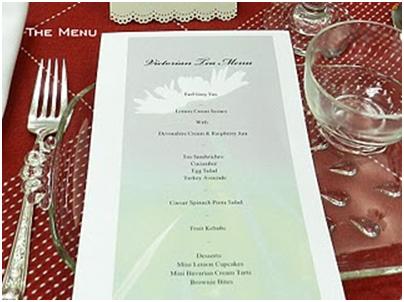 Day one of preparation looks something like this hodgepodge. Thankfully, we had some extra help that morning.

On Saturday morning it all starts to come together.

Sandy handles the scones which go out as the first course.

Then the parade of tea sandwiches begins.
The cucumber sandwiches were very cute. The dill and pimentos on top make it pretty and force us to hustle at the end! Here’s Susie holding out the first prototype. 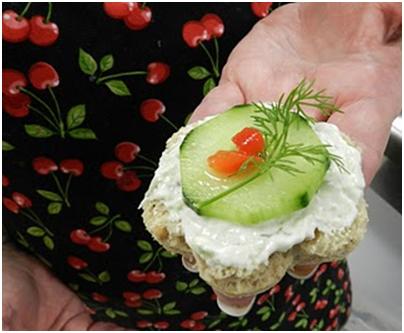 Then, she repeated the procedure 160 times.

Egg salad is spread on egg-shaped bread with a little “yolk” window cut in the top. Diane and Ruth cut all of those tops and bottoms…and cut all of those cute little holes. I made the filling and we all worked fast to poke little parsley sprigs in at the last minute. 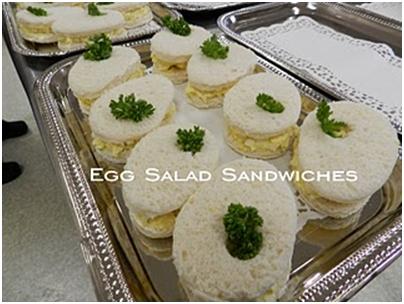 The turkey avocado sandwiches don’t require cookie cutters so they assemble a little bit more efficiently, but they are garnished with – get this, blanched chives tied into a cute little knot – a sandwich bow tie atop a tomato. Picture me and Diane tying knots in 160 little sprigs of blanched chives. They were adorable…once we were done. 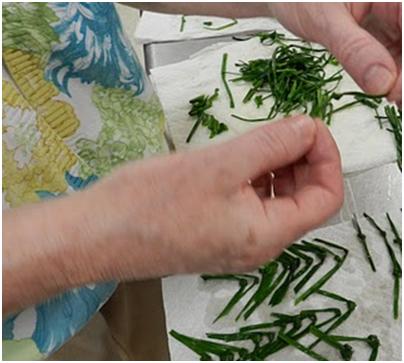 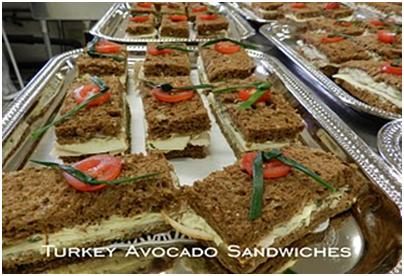 Next up is pasta. Susie handled this one and it gives us a breather during the rush. Easy to put on trays and no garnishes at the end, but delicious! 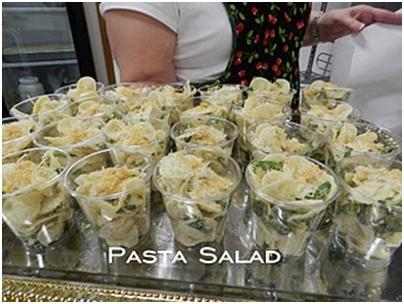 Kebabs were the very pretty fruit of Sandy’s labor with a sweet creamy dip. 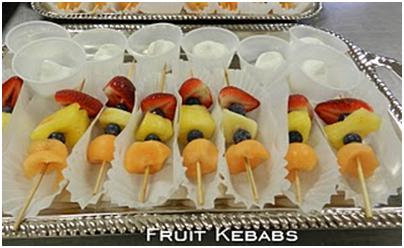 Once the fruit is out, the dessert round begins. 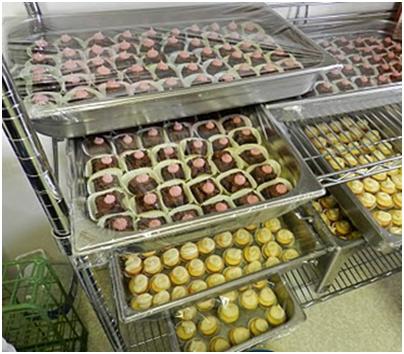 The lemon cupcakes were wonderful – another one of Sandy’s masterpieces.

These little Bavarian cream tarts were Susie’s idea and they came with pre-baked shells, which was great. I got to pipe in the filling and put the raspberries on these little guys.

Last, but certainly not least…brownie bites. Oh, how I wish you could taste the raspberry cream frosting on the top of these guys. I LOVE chocolate and raspberry! Thankfully we had a few extras to “check for quality” in the morning.

Of course, it takes a lot of tea for a Tea. This was about a third of the final pile. We brewed 12 batches in large pots. 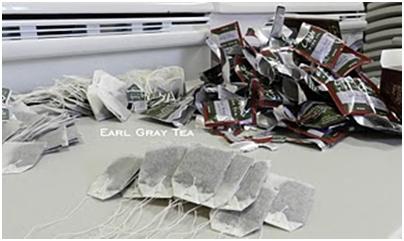 In my next post I’ll show you the GORGEOUS tables!

Tags: Special Occasions, Tea
From: Off the Catwalk
← Pulled Pork and Beans Throw Down!
Victorian Tea – Tour of Tables →
No comments yet