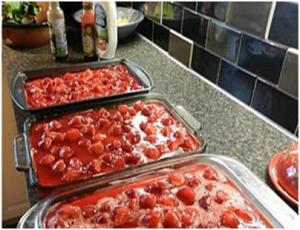 The theme last Tuesday was layers. Layers of white lasagna, then layers of dessert – seven 9×13 pans worth. 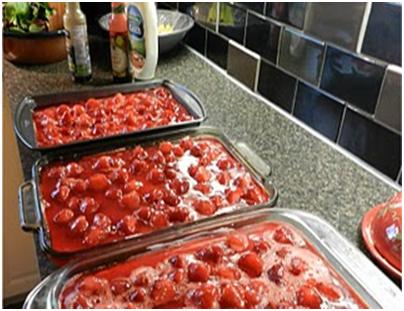 Here’ s the recipe for one pan.

I like to use the food processor for crushing the pretzels. but you can smash them any way that suits your mood. For reference, the entire bag of pretzel sticks gave me 5 cups crushed. (I was tripling the recipe so I had to scrounge in the snack cabinet for a few extras.)

Once they’re crushed stir in the sugar and melted butter. 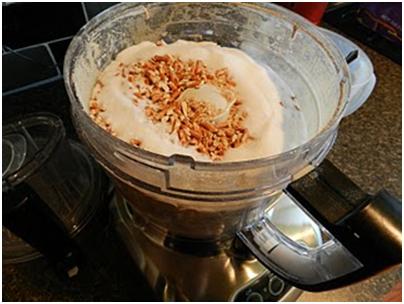 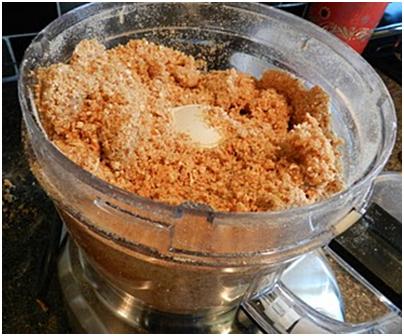 By the blogging way, I would like you all to know that I have just learned to spell “pretzel”. Apparently it is not spelled “pretzle”. Thanks to Microsoft Word for its contribution to my education.

The middle layer involves Darth Mixer. Mix the cream cheese and sugar until it’s nice and smooth, then add the Cool Whip and mix with a little less vigor. You need to scrape the sides with the spatula because Cool Whip doesn’t have quite enough oomph to pull the heavy cream cheese completely away from the sides. 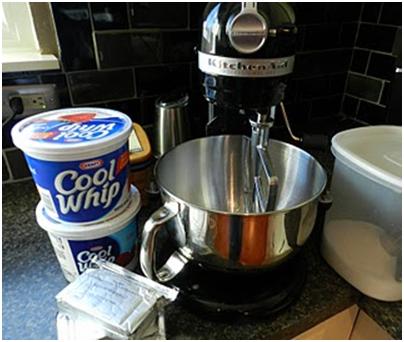 Spread this layer over the crust. It should be pretty firm so it doesn’t need long to set before you can proceed, but for good measure, store it in the fridge while you’re working on the Jell-O layer.

This recipe calls for only half the water in the Jell-O box instructions so that you get a nice firm layer. Bring one cup of water to a boil then whisk in the powder until it’s dissolved. Remove from the heat, drop in the remaining cup of liquid, which includes ice. Stir vigorously until all of the ice melts then add the strawberries.

Store the finished dessert in the refrigerator, and give it a couple of hours to firm up before you try to cut and serve. 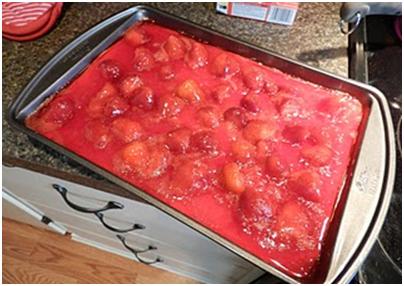 Yikes, don’t let it fall off the edge though!

Tags: strawberries
From: Other Treats
← The Great Spring Pumpkin Fest
Pulled Pork and Beans Throw Down! →
No comments yet